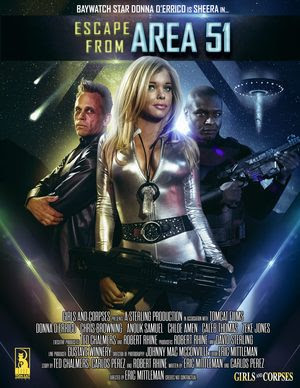 The science-fiction/comedy stars Donna D’Errico (“Baywatch”), Chris Browning (“Sons of Anarchy”) and Frankie Sixx (daughter of Mötley Crüe founder and bassist Nikki Sixx), and will be released domestically on VOD Platforms this summer, and also as a Home Entertainment DVD and Blu-Ray package.

Robert Rhine of Girls and Corpses produced and financed the film in association with Sterling Entertainment and TomCat Films. 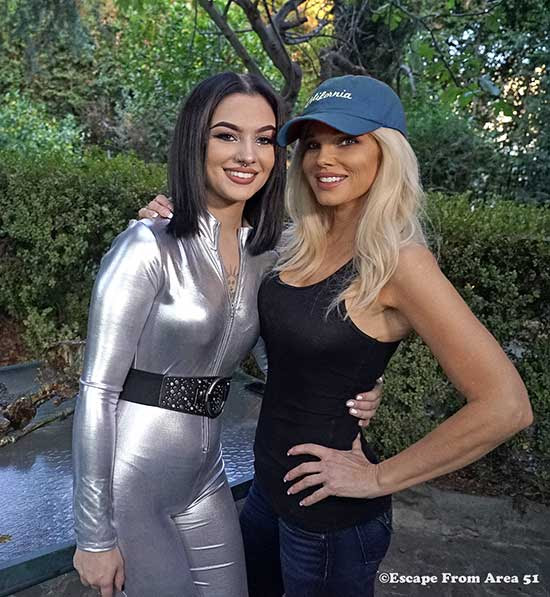 The story follows a group of teenage conspiracy theorists try to raid the infamous military base, Area 51, in the Nevada desert. No one gets in – but someone gets out. Sheera (D’Errico), a sexy alien warrior, uses a power glitch to escape from captivity at Area 51. Her escape using a portal gun sets off an energy signature that attracts the attention of her arch-rival in space Sklarr (Browning). Sheera must now elude an Area 51 scientist, as well as Sklarr, to rescue her fellow warrior and find her way back to her planet.The rights deal was brokered by Founder/CEO Brian Perera, VP/GM Tim Yasui of Cleopatra Entertainment and by Ted Chalmers of TomCat Films on behalf of the filmmakers.