Summer Hill Films LLC, a U.S. distributor and international sales and licensing company, has announced the DVD and VOD release of a psychedelic sci-fi, ‘Mind Runner’ through Wild Eye Releasing. ‘Mind Runner’ tells the tale of a man willing to sacrifice everything in order to uncover the secrets of the universe.

In this sci-fi, underground scientists who have been pushed out of the main stream by the government are still hard at work discovering the inner workings of the human mind. A secret disc is stolen with all the information and now the race is on to get the disk back before worlds collide. 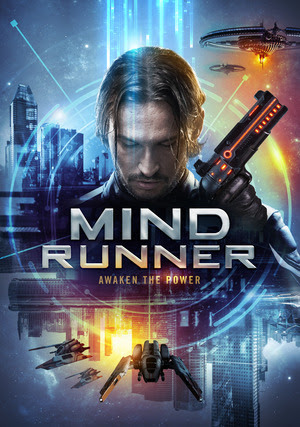 ‘Mind Runner’ is a thrilling tale that keeps you wondering what lies beyond the surface.

“‘Mind Runner’ keeps you engaged the entire time, delving into the decisions and dilemmas that one must make.” says Summer Hill Films President, Ted Chalmers.

“‘Mind Runner’ is an indie film meant to showcase one man’s travels into the inner workings of the universe.” says Al Dales.

‘Mind Runner’ is now available in North America on VOD from Amazon, Youtube Movies, Microsoft Movies, GooglePlay, and Vudu. It will also be available on Amazon UK and internationally licensed through Summer Hill Entertainment which attends all the major film sales markets including EFM, Marché du Film, AFM and Hong Kong Filmart!