So many film projects get passed by big studios but then that is where Crowdfunding campaigns can be a great avenue for filmmakers.

Scott Lyus (writer/director/producer of horror films Silently Within Your Shadow and Echoes of the Passed) will team up with producer Chris Nials to make the debut feature film WALKING AGAINST THE RAIN.

WALKING AGAINST THE RAIN is a horror film set 6 months after a biblical plague has fallen upon the world. The film tells the story of two strangers navigating across a barren landscape in a desperate attempt to find each other. With their only form of communication two soon to die battery operated mics; all while trying to avoid a brand new evil – THE FORSAKEN.

They have set a goal of £15,000 for this project which currently stands at £8,250 (so over half way already), but where does your contribution go? Well read below: 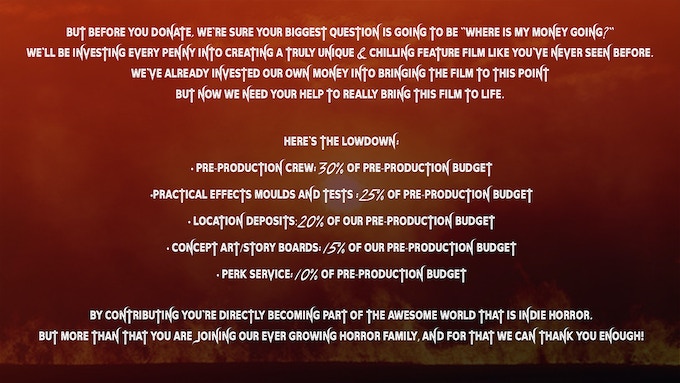 They have some awesome perks for those who contribute to help this project reach its goal including DVD, Blu-ray, behind the scenes content, a download link for the completed film, poster, signed concept art, if you are a big spender you could become an executive producer for the film!

CLICK HERE TO BE TAKEN TO THE KICKSTARTER CAMPAIGN

Of course if you are unable to contribute towards the project then a simple SHARE will help get more eyes on the project.
Facebook0Like0Share0Tweet0Pin0
Chris Nials Scott Lyus Walking Against The Rain