Summer Hill Films LLC, a U.S. distributor and international sales and licensing company, has announced the DVD and VOD release of a suspenseful horror, ‘Death Rink’ through Wild Eye Releasing. ‘Death Rink’ tells the tale of a group of coworkers and the night that they were never prepared for.

In this thriller, the closing staff of a local roller skating rink find themselves being stalked and slashed by a mysterious figure in their midst. 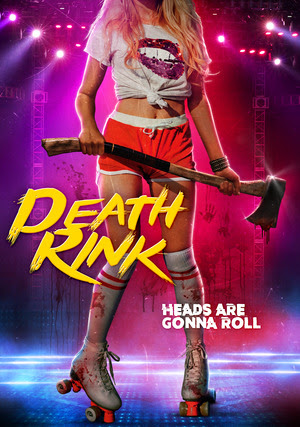 ‘Death Rink’ is a thrilling horror film that makes you notice the little things and how they might come back to bite later.

“If you’re looking for an interesting horror film to watch on the weekend, ‘Death Rink’ is the right choice.” says Summer Hill Films President, Ted Chalmers.

“‘Death Rink’ showcases how quickly things can go from good to bad, letting you pick up the signs along the way.” says Daniel Zubiate.

‘Death Rink’ is now available in North America on VOD from Amazon, Youtube Movies, Microsoft Movies, GooglePlay, and Vudu. It will also be available on Amazon UK and internationally licensed through Summer Hill Entertainment which attends all the major film sales markets including EFM, Marché du Film, AFM and Hong Kong Filmart!