Blue Underground are upholding the law with the help of Officer Matt Cordell this November by releasing MANIAC COP 2 and MANIAC COP 3: BADGE OF SILENCE to 4K UHD on 16th November 2021.

You Have The Right To Remain Silent… FOREVER! 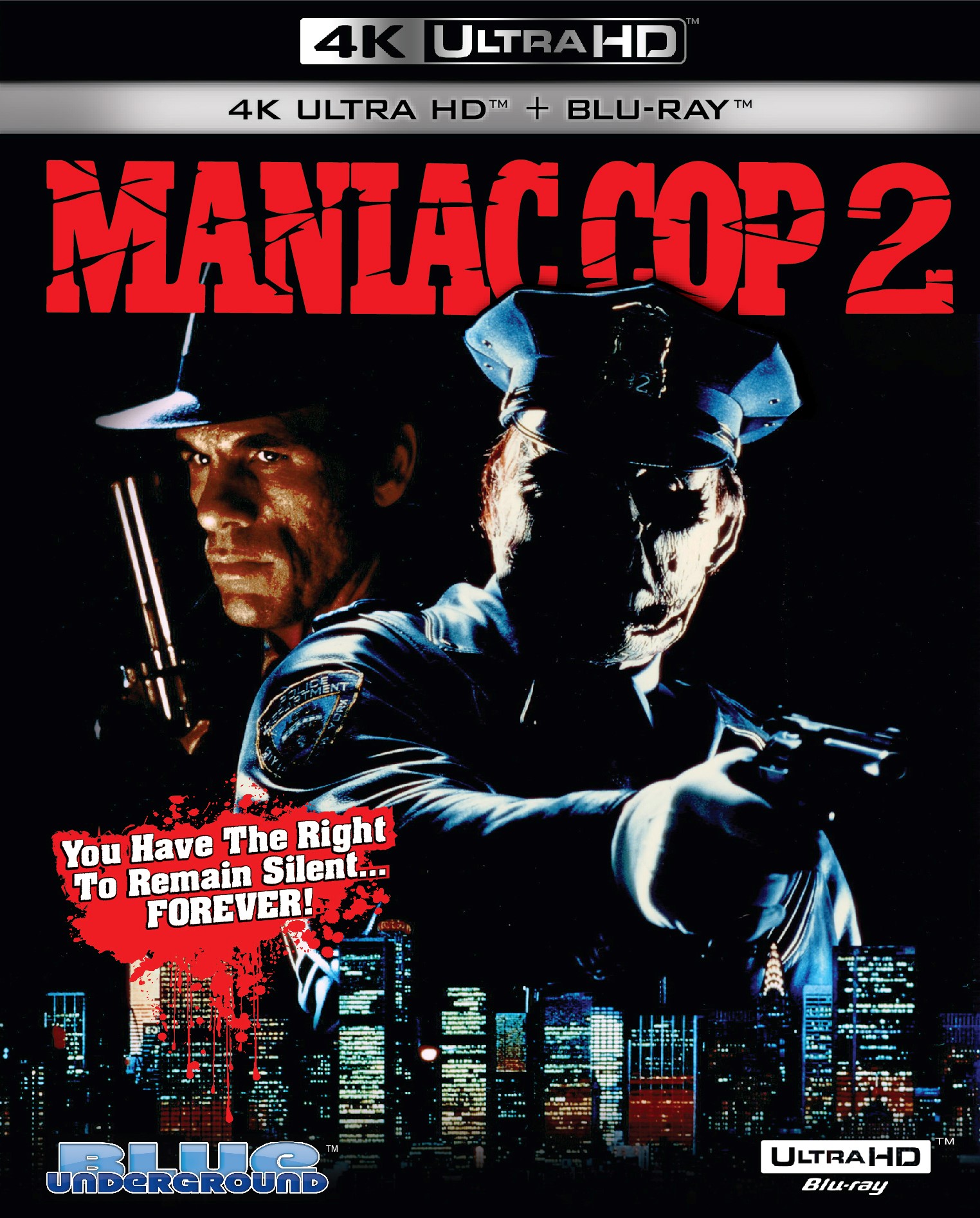 The “Maniac Cop” is back from the dead and stalking the streets of New York once more. Officer Matt Cordell was once a hero, but after being framed by corrupt superiors and brutally assaulted in prison, he sets out on a macabre mission of vengeance, teaming up with a vicious serial killer to track down those that wronged him and make them pay… with their lives!
Robert Davi (DIE HARD), Claudia Christian (THE HIDDEN), Michael Lerner (BARTON FINK), Laurene Landon (HUNDRA), Leo Rossi (HALLOWEEN II), Robert Z’Dar (TANGO & CASH), Charles Napier (THE SILENCE OF THE LAMBS), and Bruce Campbell (THE EVIL DEAD) star in this chilling, action-packed sequel written by Larry Cohen (IT’S ALIVE) and directed by William Lustig (MANIAC). Now Blue Underground’s stunning restoration of MANIAC COP 2, scanned in 4K from the original camera negative and supervised by Director of Photography James Lemmo (VIGILANTE), is presented with Dolby Vision HDR and a new Dolby Atmos audio mix for this definitive presentation!
Bonus Features:
Disc 1 (4K UHD Blu-ray) Feature Film + Extras:
Disc 2 (Blu-ray) Feature Film + Extras:

The Wrong Arm Of The Law Is Back! 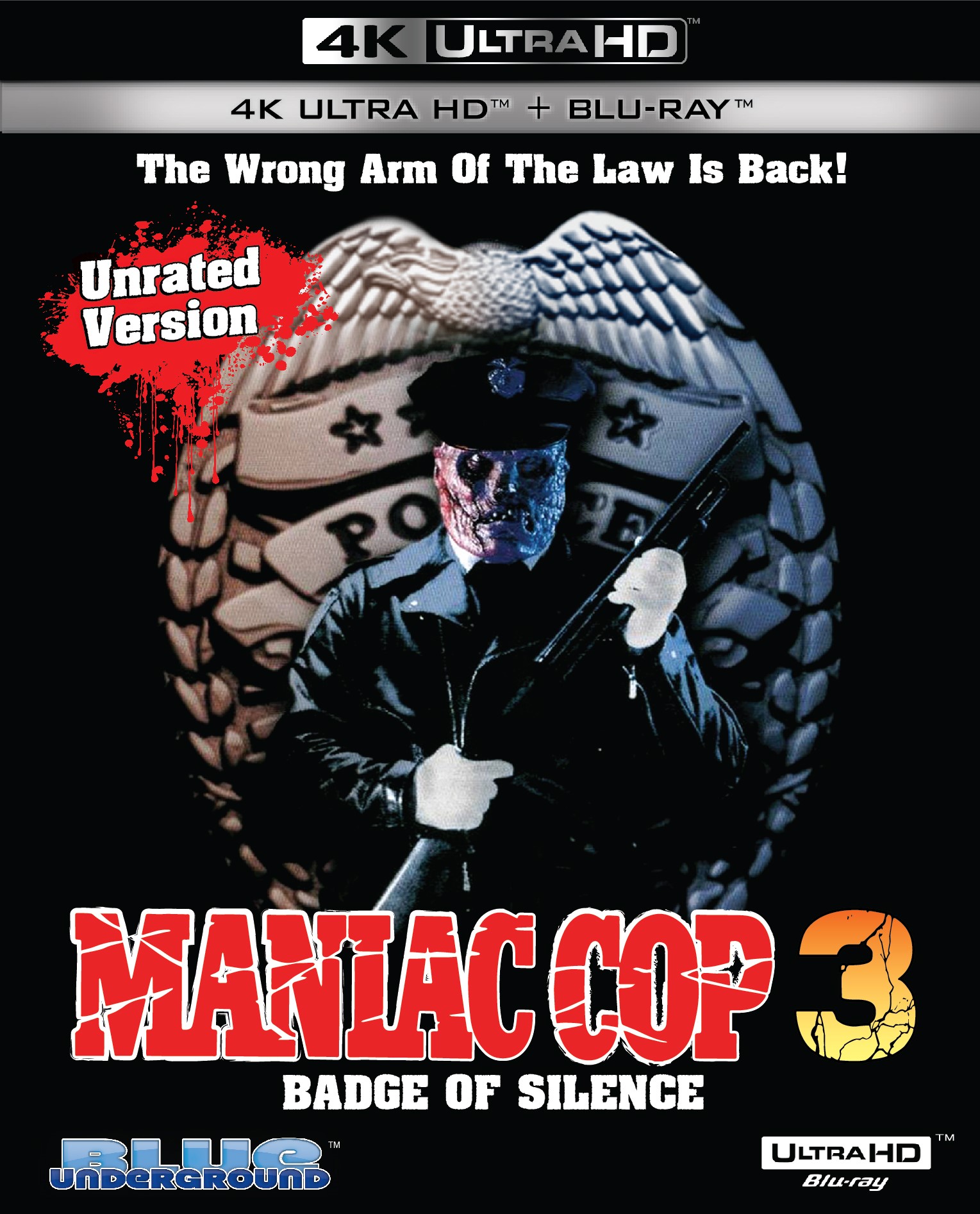